I write in relation to the draw of the big American tennis tournament in New York New York.

The GOAT is very upset. Everybody on the circuits knows the rules. I am back at being the number 1 seedling. Djokovic is the number 2 so this places him on the other sides of My drawers. And Murray? Look I know you only have access to NBC who are probably still showing the Olympic Opening Ceremony, but I would have thought you would have staff advise you of what happened in the tennis final. (I chose to lose by the way). 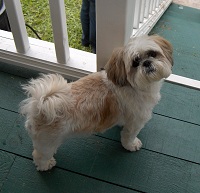 This is not the correct protocol and somehow putting the tall one with too many names, Won Martin of the Potros on the other side does not do the makings up. I will be Frank and state this is just not acceptable. OK now I am Roger again. Nadal has the little problems with his knees. Well guess what? I have the little problem with My anger. It is fortunate My name is not Roger Nalbandian otherwise I would get a Gold Medal for the violent martial art of Shih-Tzu.

I formally give notice that because of your actions I am now very seriously considering not coming back in 12 years time and more seriously I instructed staff to remove you from My Christmas card list of people who are allowed to send Me a card, so don’t don’t even try sending one as it will be sent back. As the great Elvis Presley used to sing, “Return to Mr. Flushings, GOAT unknown”.

I am going to jump on the Charlie Davidson now and make the cruises around the city to do the coolings off. I’m not even going to take all My staff with Me.